Here is our First look at the made for TV Movie highlighting the life and times of one of the most successful female R&B Groups in History. It's been 11 years since Left Eye's passing and I am excited to see another depiction of her besides the one of her last days on this earth in her VH1 documentary. TLC brought us undeniable hits like "No Scrubs" "Waterfalls" and "Creep". Having been a fan since their first single and video "What about your friends" hit the air waves I was thrilled to hear about this project. Drew Sidora, KeKe Palmer and Lil Mama play the Grammy Award winning group and they are tough shoes to fill. Making it's debut this fall, October to be exact the Biopic is sure to create buzz and maybe a new TLC album? - Nia Boom
Uploaded by DJ Nia Boom No comments: 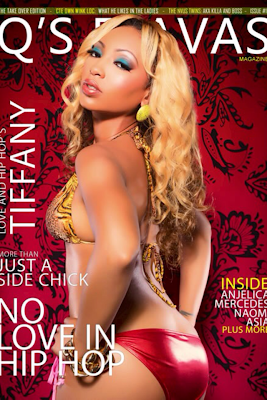 This Monday July 29th Check out my Interview with "Tiffany" from Love and HipHop New York. She is a Mother, Model and Business woman and wants to be known for more than just a "side chick" As Rich's long time "friend" she is ready to step out into her own light. Listen by Phone at 323-443-7518 or log on to www.blogtalkradio.com/niabradio

QU33N!'s @Queensworld album is almost done. Only thing left is a guest appearance by the hottest rapper out, Maestro. Unfortunately, things don't end well and the team is in a desperate search for a singer.
Uploaded by DJ Nia Boom No comments: 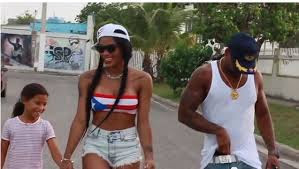 Neek The Exotic feat. Satchel Page - One Speed All Out

Email ThisBlogThis!Share to TwitterShare to FacebookShare to Pinterest
Labels: Neek the Exotic, Videos

‘Trayvon Martin could have been me,’ says Obama

Visit NBCNews.com
I am so proud of our president for finally speaking up. The Trayvon Martin trial was not about race, it was about justice. It's about the truth and the Truth is that as African Americans we face discrimination that other races don't. We are followed in stores and in the streets just because of the color of our skin; and a disease we have all suffered from at one point in our lives and that is stereotyping. The bottom line is we are all human, period. We all want the same things out of life and should have equal opportunity to obtain them. NO Justice NO Peace...


After a six-woman jury cleared Zimmerman of all charges, a number of black organizations, including the NAACP, called on the Department of Justice to consider the case under federal hate crime rules.
Attorney General Eric Holder appeared before the NAACP’s annual meeting in Florida earlier this week and spoke out against the state’s Stand Your Ground laws that allows an individual to use deadly force if they fear for their lives. Although Stand Your Ground was not used in the Zimmerman defense, Florida police initially said they could not arrest him because of such state laws.
“It’s time to question laws that senselessly expand the concept of self-defense,” Holder said.

Trayvon Martin’s parents, Tracy Martin and Sybrina Fulton, released a statement saying they were “deeply honored and moved that President Obama took the time to speak publicly and at length about our son, Trayvon. The President’s comments give us great strength at this time. We are thankful for President Obama’s and Michelle’s prayers, and we ask for your prayers as well as we continue to move forward.”
We know that the death of our son Trayvon, the trial and the not guilty verdict have been deeply painful and difficult for many people. We know our family has become a conduit for people to talk about race in America and to try and talk about the difficult issues that we need to bring into the light in order to become a better people.
What touches people is that our son, Trayvon Benjamin Martin, could have been their son. President Obama sees himself in Trayvon and identifies with him. This is a beautiful tribute to our boy.
Trayvon’s life was cut short, but we hope that his legacy will make our communities a better place for generations to come. We applaud the President’s call to action to bring communities together to encourage an open and difficult dialogue. Our family is committed to this dialogue through the work of the Trayvon Martin Foundation.
We seek a future when a child can walk down the street and not worry that others see him as dangerous because of the color of his skin or the clothes on his back. We seek a future where our children can grow up and become the people God intended them to be.
Obama acknowledged on Friday that “each successive generation seems to be making progress in changing attitudes when it comes to race.” But, he added, “It doesn’t mean that racism is eliminated.” 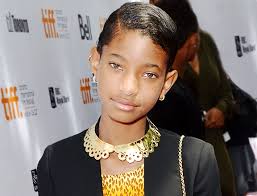 Willow Smith is receiving quite a bit of backlash for her new video "Summer Fling" where she talks about loving a boy and enjoying the summer. When I first started watching I was nervous because the blogs were going crazy but after a couple seconds I realized this is innocent. Yes the other girls in the video look too grown to be hanging out with Willow, that hair is questionable and I could do without that british accent but over all it wasn't bad. Looks like kids just having fun. Don't act like  you wasn't 12 once and got those "feelings" Only for the summer but we do it anyways.... 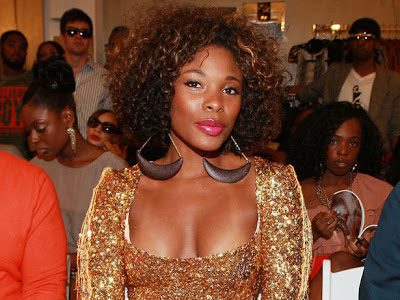 So it's been confirmed 1/3 of the Hot 97 Morning show (the Black) Kay Foxx has left the building for good. Reports have surfaced that K-Foxx will not be returning to the popular radio station and I can't say I'm surprised. There was something stale about her (and I'm not referring to her much talked about hair) She states "in this industry you don't get a 2 weeks notice". She was told after  a show one morning that she will not be returning. Both of her Co-Hosts were shocked as was she.  However,  she recently starred in the New Hit Vh1 Reality show "Gossip Game" and became a correspondent for the E! Network so K should be just fine..
Uploaded by DJ Nia Boom No comments: 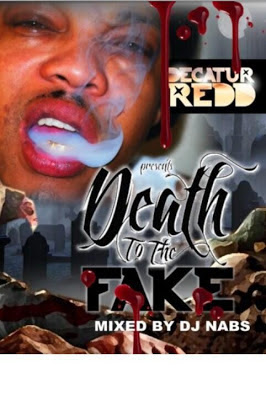 This week Check out  "Decatur Redd"  from the east side of Atlanta. Decatur grew up listening to NWA and other gangsta rap and related to it immediately. His life is literally a movie from being incarncerated for murder to suffering the lost of his mother, Decatur has survived it all and is here to tell us his story. Don't forget to check out his Latest Mixtape "Death to the Fake" Questions or Comments Hit me up at 323-443-7518. 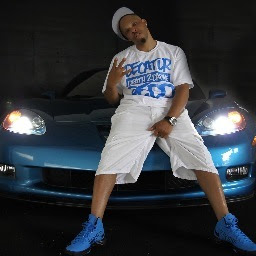 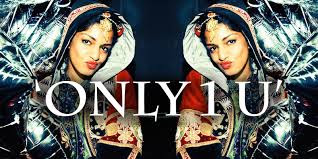 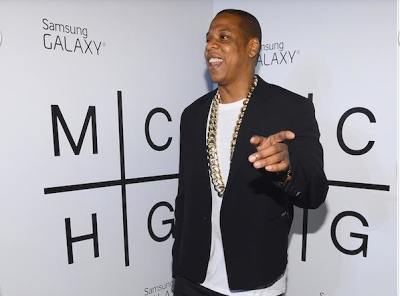 As we all know Mr. Carter never retired and the highly anticipated "Magna Carta" Holy Grail his 13th studio album, is set to be released officially on July 9th but yesterday Samsung Galaxy users and everyone else got a chance to listen to some of  his latest work. Honestly, there's not much different about this album not much has really changed. If you're a Jay-Z fan this album won't change that and if your not it wont change that either. Same stew, different pot On "Holy Grail" Justin sounds a little like Bruno Mars and Jay is still  rhyming about his luxurious lifestyle and the constant shade from haters as well as the pits of success and fame. Not necessarily impressed with this track, but hopefully the rest will make up for it.

The Real Babymamas of Richmond 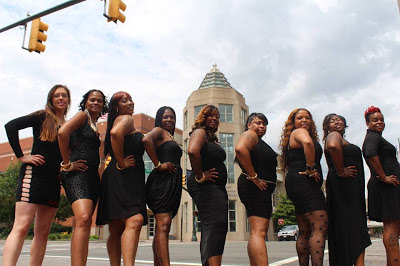 Brace yourself for The Real Baby Mamas of Richmond, VA has hopped into the reality show game” The show features a group of single mother’s in Richmond, Virginia who reveal the single mother lifestyle in a TV show similar to what you see on VH1.After I laughed for the first 3 mins I realized I couldn't stop watching it. I understand what they are "trying" to do and I respect it but Really? Baby Mama... Many people have criticized the show saying that it perpetuates stereotypes and hurts the African American community. I agree but also think they showed initiative and you can't deny that they achieved what they set out to do, It's on my Blog! ... Each of the women have between 2 and 9 children. The show airs locally in Richmond and on Youtube. 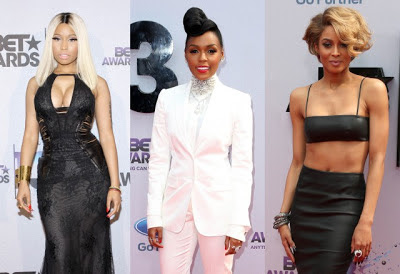 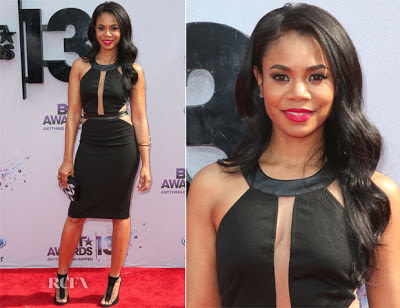 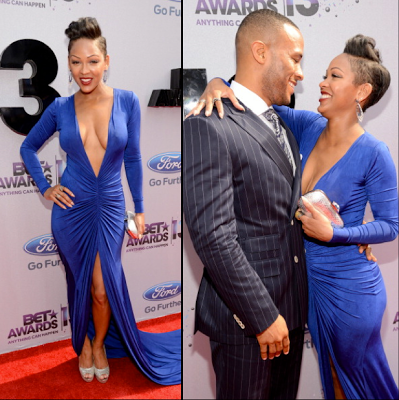 Megan Good and her husband 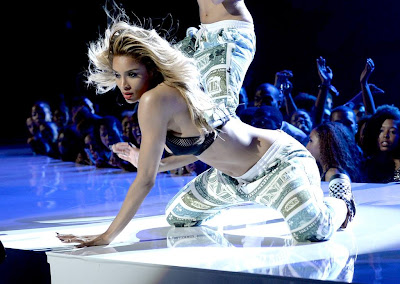 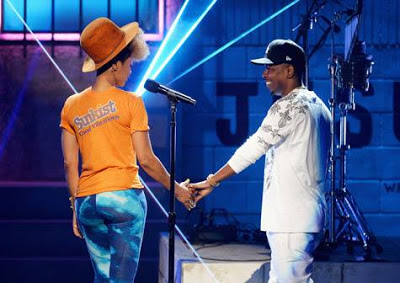 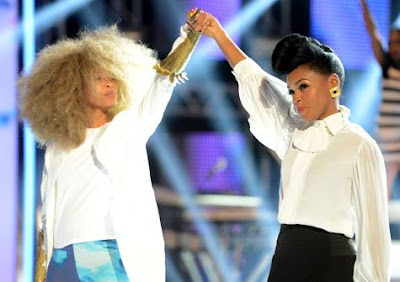 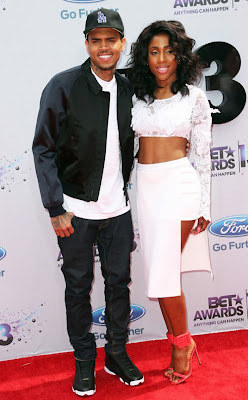 Email ThisBlogThis!Share to TwitterShare to FacebookShare to Pinterest
Labels: Photos

Kirk and Rasheeda on Power 96