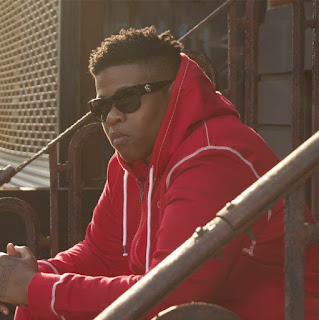 I got a chance to catch up with R&B Singer and Award winning producer Josh X @JoshXantus at Platinum Sounds Studios in Manhattan to talk about his latest project "Amour.  Check out the interview below and a track off Amour entitled. "Bye Bye" Salute to Josh I gotta feeling we gonna be hearing a lot more from him - BooM

Josh has been dominating the music charts with hits like Ready to Go co-written for FOX's number one hit show EMPIRE and Pepsi-Cola; Selfish for VH1's LHHNY breakout star and social media queen Cardi B on her new album, and his very own acclaimed single Taking me Back. Throughout his young career, Josh has also collaborated with mega Hip Hop stars Lil Wayne, Mac Miller, Bun B, Jim Jones, Nipsey Hustle, Ghost Face, Ace Hood, Waka Flocka, Jadakiss, and Rocko.

Josh has music in his genes, playing classical piano at the age of six, quickly mastering Mozart, Bach, and Beethoven. Music legend Stevie Wonder is a super fan of his work and musical talents stating, “Josh continues to carry out the legacy of being a musician that represents real music!”.

Behind the music scenes he is known as an amazing musician, writer, pianist and producer. Now he is pushing all of these talents into his forthcoming project "I AM JOSH X".