Born in Brooklyn NY, Scotty Boi AKA "Scott Beezy" is the newest rap sensation out of Miami, Florida. He is an accomplished writer, producer and rap artist who is affiliated with some of the top players in the game. Rick Ross says, “Scotty Boi is Next!” Ross acknowledges Scott’s raw talent and his ability to deliver with an unfamiliar swag sharpened from his experiences in Florida, New York and California. 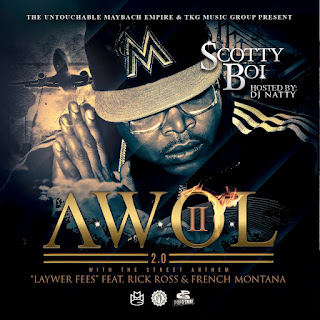 Scotty’s star is definitely on the rise. His Street Albums “Scott Free” & “Traffic King” were released under the Maybach Music imprint and featured Rick Ross, Triple C, Magazeen and a host of other artists. What’s next for Scotty Boi? “Tax Free” will be released in 2011. The singles “Luxurious Ft. Rick Ross” and “Stop Stoppin It” are currently burning up the streets and will feature videos. Scotty Boi demonstrates hard work and dedication to his craft, which is evident in his music.
Uploaded by DJ Nia Boom