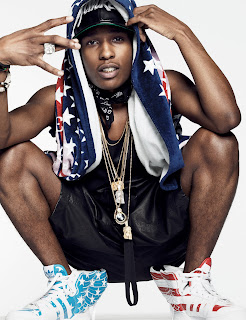 A$AP Rocky was in good spirits when he strutted down the red carpet at the 2013 MTV VMA Awards with his Supermodel, Super Bad Lady Friend Ms. Chanel Iman. "Rocky" revealed that he was diving head first into directing music videos.

"I'm directing videos for various artists including B.o.B. but that's the only one I'm a tell you."
The upcoming A$AP Mob Album will be released this Fall. -DJ Nia Boom